The Norman L. Cannon Collection at the Delaware Academy of Medicine 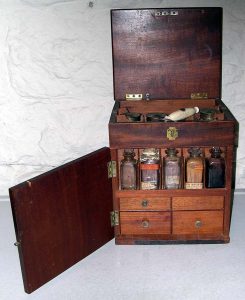 A Wilmington native born in 1913, Dr. Cannon went into the medical field at the urging of his father. He received a BS in biology from the University of Delaware, and later earned a MS in psychology and his MD degree from the University of Pennsylvania in 1937. He interned in St. Louis and Wilmington, and following the suggestion of some older local physicians, switched from psychology to urology. After serving in the U.S. Army Medical Corps in England during World War II, and being promoted to the rank of major, Dr. Cannon returned to Wilmington in 1946, opened his practice as an urologist, and continued in private practice until 1968.

Dr. Cannon was among the first to suggest a merger of Wilmington’s three major hospitals. In 1961, he published an influential article titled “The Case for a Hospital Merger” in the Delaware Medical Journal. After the 1965 merger, he was president of the medical-dental staff at the Wilmington Medical Center from 1966 to 1968. After this, he became vice president for medical affairs at the Center, a position he held until he retired in 1979. Among his other professional leadership positions are the presidency of the New Castle County Medical Society (1960) and the presidency of the Delaware Academy of Medicine (1961-62). It was under Dr. Cannon that the Academy began its student loan program. He was also secretary of the Medical Society of Delaware from 1952 to 1960 and editor of the Delaware Medical Journal in 1954.

Dr. Cannon also contributed in many ways to medical education. He helped to develop the Delaware Institute of Medical Education and Research (DIMER), established in 1969. From 1974 on, he held a clinical professorship at the University of Delaware, and also had an academic appointment at Philadelphia’s Jefferson University School of Medicine. He also taught urology at the Wilmington Medical Center.

In his spare time, Dr. Cannon was an amateur painter whose works appeared in many local exhibitions. He also loved classical music and was a member of the Philadelphia Orchestra Association.

The collection consists of four paintings by Dr. Cannon, two books (one written by him, the other donated), and some instruments he used. Dr. Cannon’s book The History of a Hospital Merger is an excellent resource for those interested in the merger, or in the general history of the Wilmington medical community in the early to mid-1960s.

Dr. Cannon has a file in the Delaware Academy of Medicine biographical collection (AC1-N129), including some correspondence by him, some clippings, his CV, and a questionnaire from the Academy about his experiences as a Delaware doctor.

Besides his own instruments, Dr. Cannon also donated some items that formerly belonged to his uncle, Dr. Sidney Stat. Provenance for these items has been assigned to Dr. Stat, so they are not listed here.
A letter in the biographical collection indicates that Dr. Cannon gave the Academy four paintings to display in 1967. Of these, only two are currently held by the Academy. (The other two paintings in the Academy’s collection were created later). At this time, it is not known whether the other two were returned to Dr. Cannon or his family.

The archive’s thank-you records also include a letter noting that Dr. Cannon’s son donated his father’s bag to the Academy in 2003. While the archive owns several doctor’s bags with uncertain provenance, none of them can be identified positively as Dr. Cannon’s.